GIS – Why it is vital for bioregulation

GIS. Geographic Information System. Three letters that are absolutely apt in this case. Mosquitoes are insects that inhabit a certain (geographical) area. Information on the occurrence of mosquitoes, information on the number of larvae in hatching sites, information on flood events that are an indication of a mosquito calamity. Information on the need for intervention, or the success of intervention. Finally, this data is structured and managed in some system. A geographic system that comprehensively combines tools for mapping, storing, and controlling spatial information. Biological experts, volunteers and companies work in a unified system that is also alive, so all information is immediately up-to-date and valid. In addition, current web-based GIS platforms allow the creation of web-based map applications and the visualization of spatial data for the public.

Our anti-mosquito fighters, using backpack sprayers in the field, are the right choice for smaller areas that can be reached on foot. They treat the breeding grounds in a targeted manner and prevent the number of mosquitoes from getting out of control. In a large flooded area after a flood, however, this approach is not possible and we have to go up in the air!

Application by helicopter after a flood
A helicopter equipped for fighting mosquitoes with a specially trained pilot patrols the affected areas in close rows, applying the agent BTI (link!). An expert biologist monitors the application and checks after the flight whether the operation was successful. Several hectares can be treated efficiently in a short time. Due to the high costs, however, helicopters can only be used in emergencies.

Unmanned aerial vehicles – drones
A more cost-effective variant is the use of drones, which can also be used on a small scale using GPS control. Drones apply the agent BTI from the air using a spreader. In this project we are working on the further development of this method, which has already shown promising effects.

All of these methods are based on GIS mapping. 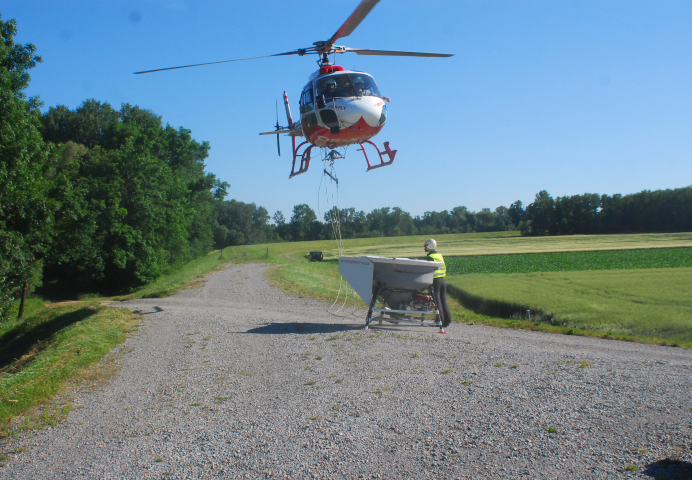 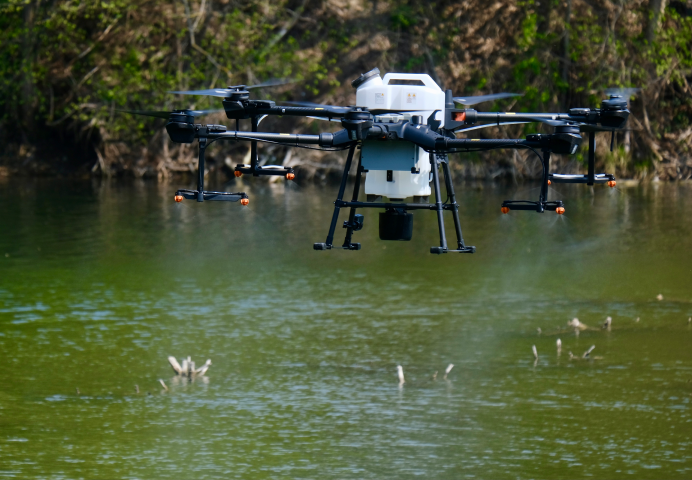 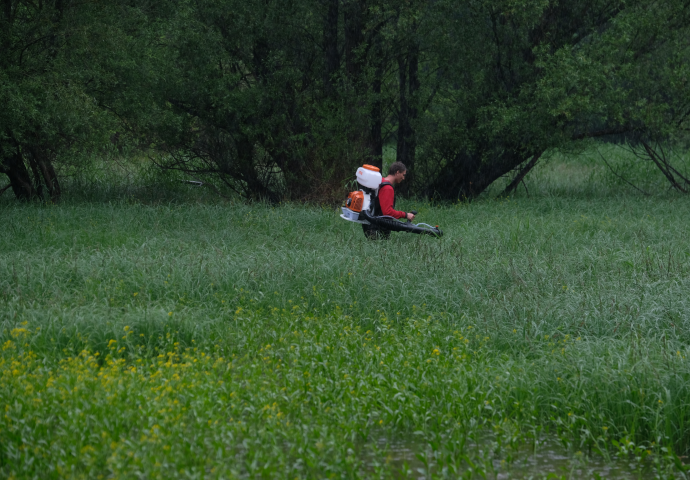